Christchurch Transport Plan
Christchurch can become our most liveable, sustainable city, but it needs a supportive Government willing to work with councils and communities.

Christchurch Transport Plan Christchurch can become our most liveable, sustainable city, but it needs a supportive Government willing to work with councils and communities.

The Green Party will invest over $400 million in Christchurch transport to make it easier for people to get around cheaply and quickly, by bike, bus, and train. Better funding will enable more frequent buses on existing routes.

As part of our nationwide commitment to invest $1 billion over ten years to create safe cycling networks nationwide, especially around schools, we commit to at least $135 million for cycling investment in Christchurch.

The Green Party will:

2. Invest $1 billion nationwide, including $135 million in Christchurch, to create safe, city-wide cycling networks for all ages and abilities. This will prioritise: 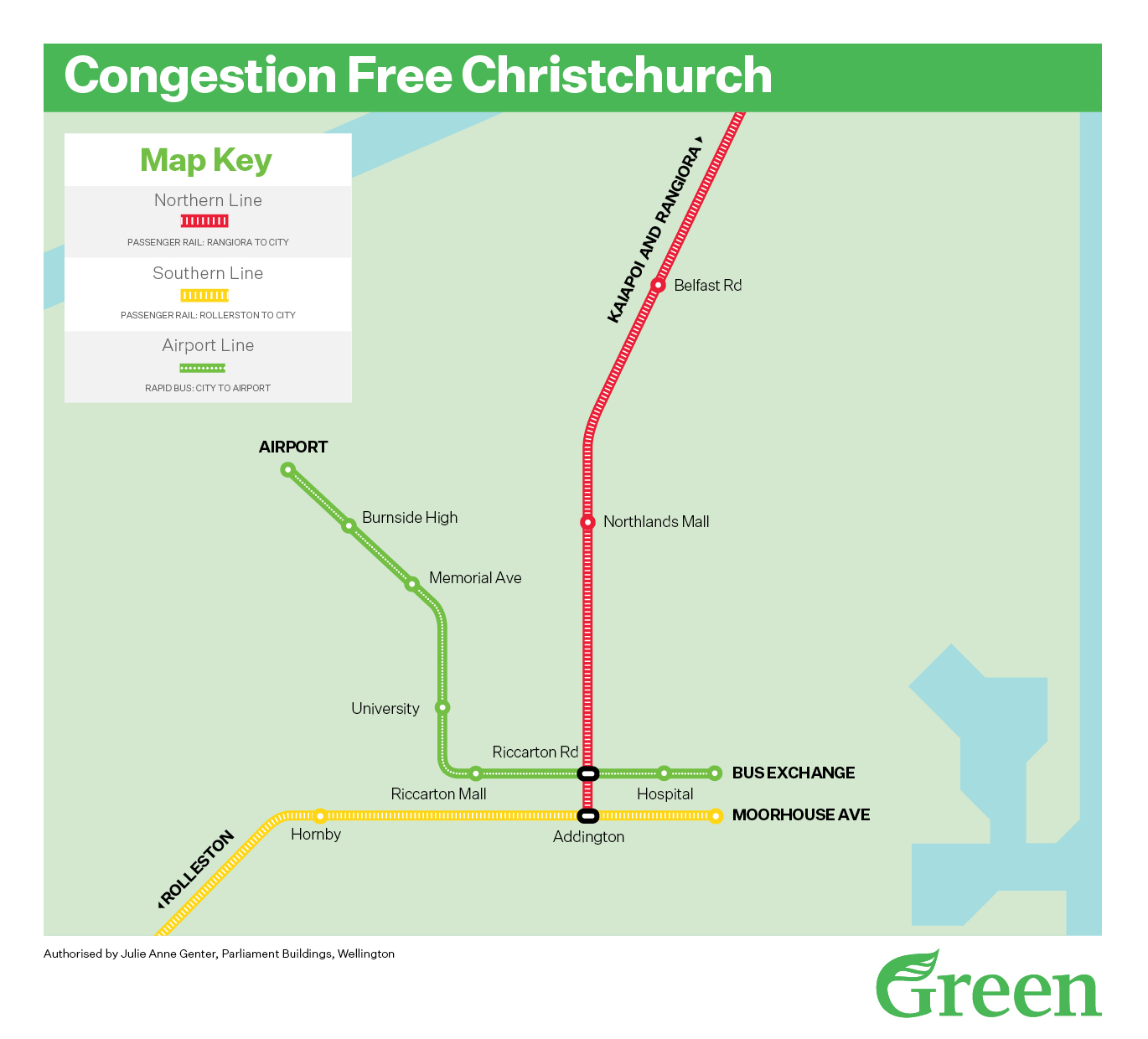 More about our other transport plans

Transport initiatives are a key focus of our Confidence and Supply Agreement. Our Associate Transport Minister Julie Anne Genter is working hard in this area, particularly in promoting rail and walking and cycling projects.

Since her passing, we have been so moved by your stories of Jeanette. Inspiring, challenging, humorous, poignant — endless stories of a life so ric...
Take Action

We have activists across Aotearoa / New Zealand who are working hard to build a brighter future for our kids and grandkids. This page lists upcomin...
Take Action

It's time to pay our essential workers a dignified wage

Our essential workers are the heroes getting us through the COVID-19 crisis, yet for too long they’ve been...
Take Action

We need to remove all public money managed by the Government from climate-changing fossil fuel industries.
Take Action

The Greens are proud to be driven by passionate people like you. Today we need your help to take action on the biggest issues facing New Zealand.
Volunteer

Our essential workers are the heroes getting us through the COVID-19 crisis, yet for too long they’ve been undervalued and many barely....
Take Action

The Green Party has always been clear that climate change needs to be tackled now, and we’ve done more in the last three years than the past 30 yea...
Read More

Another Green win as climate change considerations inserted into the RMA

The Green Party is thrilled to see changes to the Resource Management Act (RMA) that mean consents for large projects can be declined if they will ...
Read More

The Green Party welcomes the ACC’s announcement to achieve net zero carbon emissions by 2050 but emphasises the need to go further, and faster to t...
Read More

To stabilise the climate for future generations, emissions across the entire economy must be reduced immediately. Creating a just transition to a n...
See More

COVID-19 recovery: Greens call for investment in people and nature

As Aotearoa starts focusing on the economic recovery from COVID-19 the Green Party is calling for an economic stimulus package fit for the 21st cen...
Read More

The Green Party welcomes the decision to not proceed with Public Public Investment (PPI) delivery of Auckland’s light rail project and to instead r...
Read More

The Greens are highlighting fast intercity rail improvements as the type of climate-friendly, job-creating project that should be prioritised for p...
Read More

Everyone should be able to get around affordably, safely, efficiently, and with minimal impact on the environment. Government transport funding sho...
See More

New road safety investment and action plan to save lives

The Government will boost investment in road safety upgrades and road policing tools as part of its new Road to Zero strategy and initial action pl...
Read More

Roadside Drug Testing to be Introduced

Police will be given new powers to conduct random roadside oral fluid drug testing to deter, detect and prosecute drugged drivers in order to save ...
Read More

Discounted electric bikes will be offered up to public sector staff across the country as part of the Government’s work to reduce transport emissio...
Read More