The Green Party is calling on ACC Minister Nikki Kaye to remove the obligation for sexual violence survivors to be diagnosed with a mental illness before being allowed additional ACC-funded counselling.

“Being the victim of sexual violence is not a mental illness,” Ms Logie said.

“It’s great to hear the Minister Nikki Kaye say she’s open to a better way of helping the survivors of sexual violence. Removing the obligation for them to be diagnosed with a mental illness is an appropriate start.”

The petition is available here: http://action.greens.org.nz/remove_the_barriers

Under current ACC practice, in order for survivors of sexual violence to have their ACC sensitive claim approved, they must be diagnosed with a psychiatric condition. Up to 16 hours of one-on-one therapy is initially available when someone lodges a sensitive claim with ACC, however accessing help after that requires a diagnosis.

“In many cases this labelling of sexual violence survivors can be re-traumatising and stigmatising, and is a significant deterrent for those who need treatment.

“ACC needs to change its processes so that people are able to access the help that they need,” Ms Logie said. 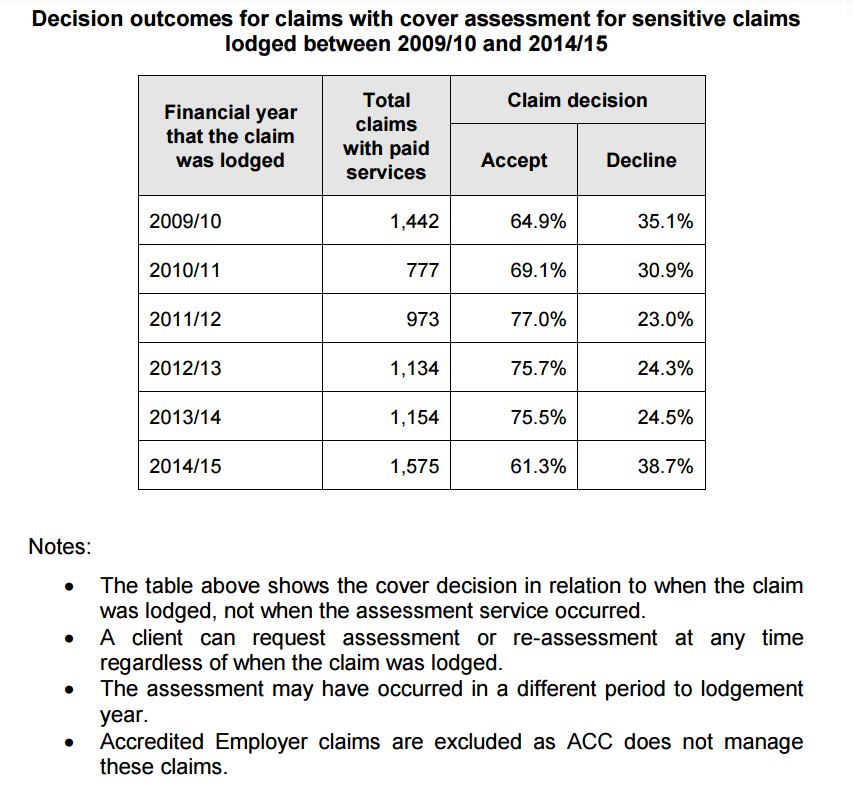 The Green Party welcomes the news that Pharmac will fully fund Spinraza for people under the age of 18.
Read More

The Green Party is calling on the Government to listen to public health experts and commit to an elimination strategy for monkeypox.
Read More

Greens call for Civil Defence Payment to be doubled

The Green Party is today calling on the Government to double the maximum Civil Defence Payment for Aucklanders affected by flooding.
Read More