The gap between the tradable and non-tradable parts of the economy has grown to its biggest since 2000 meaning the economy is growing more unbalanced under National’s economic leadership, the Green Party said today.

GDP statistics released today by Statistics New Zealand show that the tradable parts of the New Zealand economy (exporters and trade-exposed businesses) shrunk by 0.8 percent in the December 2015 quarter while the rest of the economy (the non-tradable sector) grew by 0.9 percent over the same period.

“The GDP data tells a tale of a two-speed economy: the spending side of the economy is growing while the internationally competitive part of our economy is struggling.

“And we’re still to see the real impact of the rapid decline in export earnings from the dairy sector flow through to these numbers.

“For a stronger, more balanced economy, the tradable sector needs to attract more resources and grow faster than the non-tradable sector.

“After seven years, National are failing to rebalance the economy towards saving, investment, and exports and away from borrowing and consumption.”

“Greater spending on research and development would help our economy diversify.

“Strengthening Kiwibank giving it a stronger public purpose to drive competition in the banking sector would also help lower the costs of capital for businesses looking to expand.” 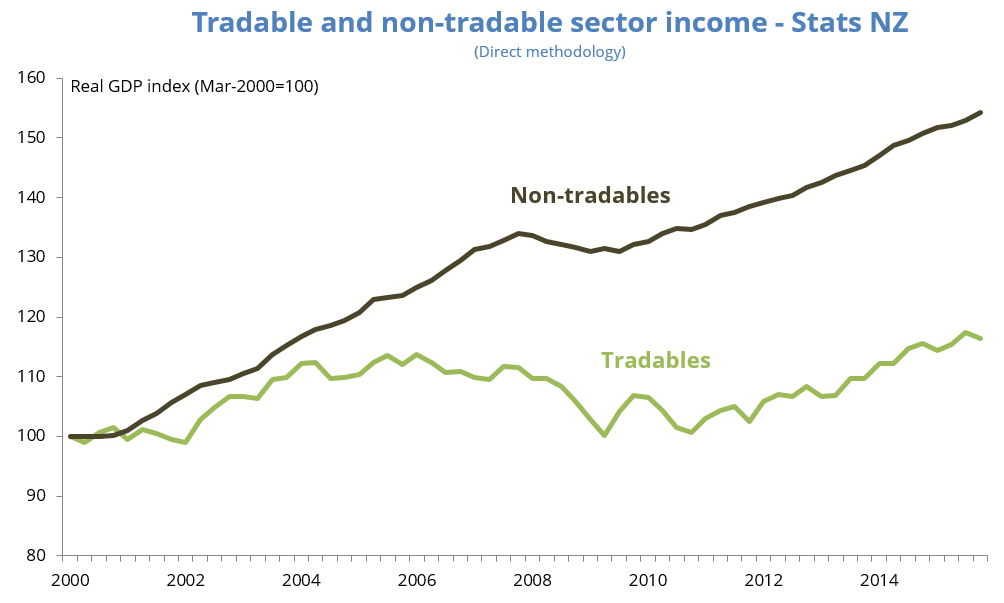 The tools exist to help families with surging costs – and as costs continue to rise it is more urgent than ever that we use them, the Green Party ...
Read More

The Government will constrain itself unnecessarily at Budget 2023 unless it changes the tax system to raise revenue from the wealthiest few which c...
Read More

Case for excess profit tax on banks clearer than ever

The Government should adopt an excess profits tax and use any revenue raised to help people make ends meet, following the rise in the Official Cash...
Read More

Tax excess profits, don’t leave it to the good will of large corporations

The Green Party is once again calling on the Government to introduce an excess profits tax and use the money to support people, rather than relying...
Read More