National has cut home insulation funding to its lowest ever level in Budget 2016, which will leave thousands of people shivering in their houses again this winter, the Green Party said today

Budget 2016 allocates just $12 million this year for the Warm Up New Zealand programme this year and $4.5 million for the Healthy Homes programme, compared to $23.9 million for Home Insulation last year.

“Over 2,000 families will miss out on getting a warmer, dryer, healthier home under this Budget,” Green Party energy spokesperson Gareth Hughes said.*

“It looks like National is giving up on warming up New Zealand’s houses, but we still have some of the coldest, draughtiest, dampest houses in the developed world.

“National is all talk when it comes to investing in the things that make a difference for social outcomes – home insulation lowers hospital visits, days off work and school, power bills, and creates jobs. It’s already resulted in $1.2 billion of health benefits.

“No New Zealander should have to live in a cold, damp, draughty house that makes them sick. Fifteen children die every year and 42,000 child are hospitalised because of illnesses from cold, damp, mouldy housing.

“When National first got into power, it was keen to work with the Green Party to insulate New Zealand homes, but for the last few years they’ve been cutting insulation funding every year,” said Mr Hughes. 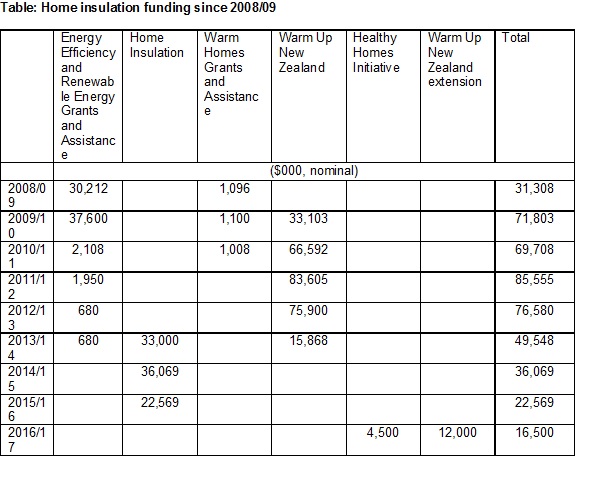 The Green Party does not support the Government’s decision to move Aotearoa to ‘orange’, or the removal of mask rules for schools.
Read More

Everyone has the right to a warm, dry home. Instead, housing in Aotearoa often makes us sick from damp and cold. In Aotearoa, much of our housing s...
Read More

National would rather save landlords some cash than look after sick kids: Green Party

The National Party is more concerned about the back pocket of property investors than sick kids and the elderly, Green Party Co-leader Marama David...
Read More

The Green Party is calling for the Government to stop sending homeless people into thousands of dollars of debt with the Ministry of Social Develop...
Read More

In response to calls for a compulsory energy rating for buildings the Green Party is renewing calls for the building code to take better account of...
Read More

The Green Party agrees with the Salvation Army that bold new steps are needed to stop a worrying trajectory of increased rent rises and homelessnes...
Read More

Families living in dilapidated conditions in a boarding house in Whanganui further demonstrates why a Warrant of Fitness for housing is required, G...
Read More