Trains can help people and freight in regional New Zealand travel safely and efficiently, taking trucks and cars off the road, and reducing the pollution that causes climate change. The indefinite closure of the Manawatū Gorge is an opportunity to revitalise passenger trains in this part of New Zealand.

The Green Party will:

This is part the Green Party’s commitment to connecting the regions and expanding regional rail services across the country.

The Ruahine Runner is a new rail service that will depart both Palmerston North and Napier twice daily, with services running in both directions in the morning and evening. It would stop at Woodville, Dannevirke, Waipukurau, and Hastings, and take 2.5 hours – faster than the existing freight trains on this route, about the same as by car, and quicker than the current bus service. If successful, this service could be extended to Wellington, providing a second daily service between the capital and Palmerston North.

This is a simple and affordable solution in response to the Manawatū Gorge closure that should accompany roading improvements around Ashhurst and on the Saddle Road.​ 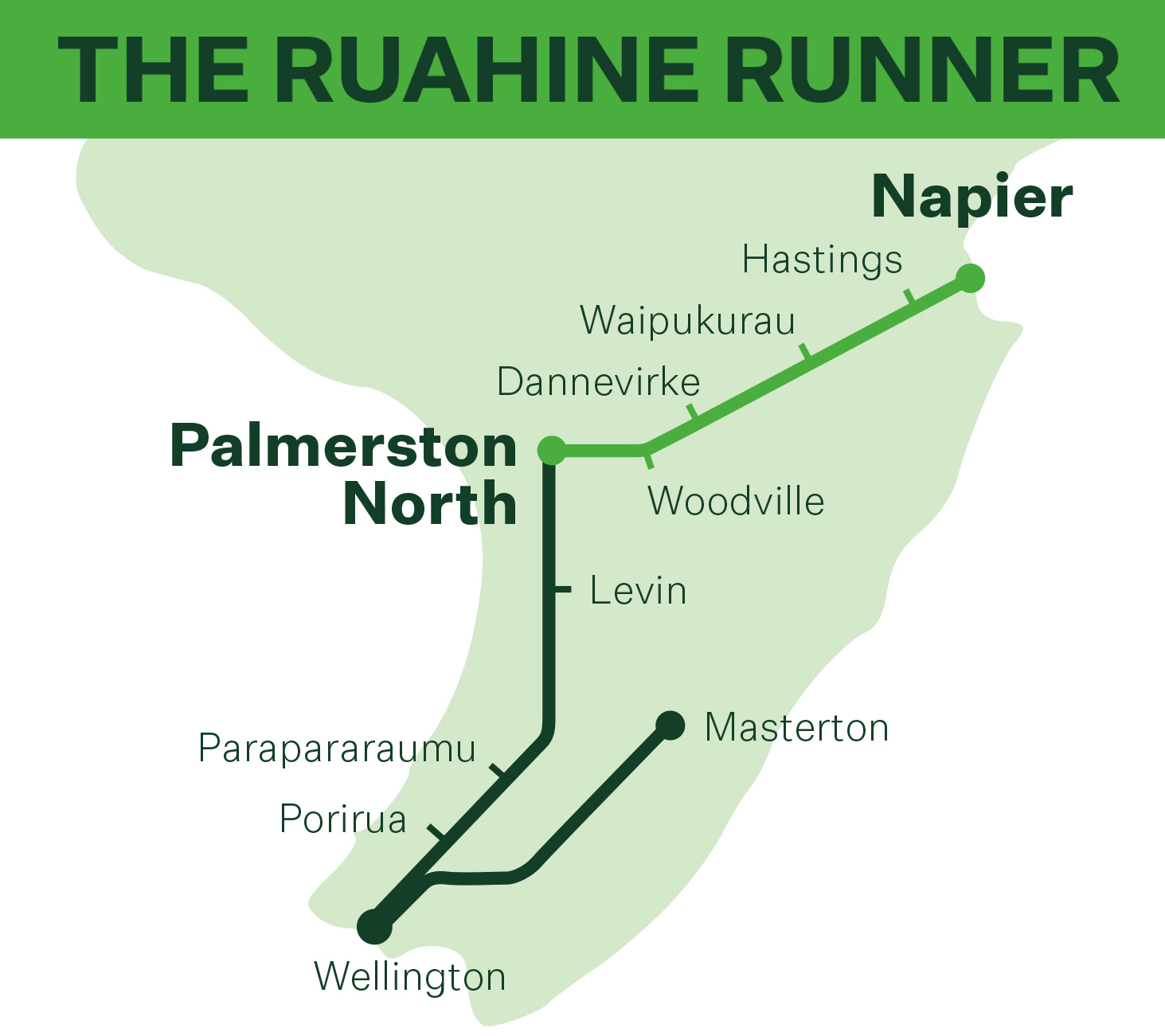 Fares on the Capital Connection service between Palmerston North and Wellington have risen by up to 17 percent since 2012. Unsurprisingly, passenger numbers have dropped to around 250 people a day. The Green Party is committed to reducing fares on the Capital Connection and providing it with consistent funding from the National Land Transport Fund.

Opening up the transport budget for rail

The Green Party will ensure a more balanced approach to transport funding by opening up the transport budget to invest in improving the rail network, and by increasing investment in regional roads. Only by having genuinely reliable and competitive alternatives to the state highway network will we have a more resilient transport network overall.

Transport initiatives are a key focus of our Confidence and Supply Agreement. Our Associate Transport Minister Julie Anne Genter is working hard in this area, particularly in promoting rail and walking and cyling projects.

Transport to drive down emissions

Kiwi families will be supported to make the transition to low-emission alternatives through the establishment of the Clean Car Upgrade, a scrap-and...
Read More

“Today we have taken an important step towards ensuring people have more clean and green ways of getting around,” says Ricardo Menéndez March, Gree...
Read More

Build Auckland light rail for benefit of everyone

The Government’s decision on light rail in Auckland is the first step towards building the climate friendly, accessible city our communities deserve.
Read More

We have a real chance to build resilient, more vibrant communities.   Right now there are pivotal decisions being made about the future of Wellingt...
TAKE ACTION